Search and Save
On Hawaii
Cruises!

Cruising around Hawaii is an easy and affordable vacation. Nearly eight million people visited Hawaii in 2013, drawn to the diverse landscape, friendly people and wide range of activities available.

The weather in Hawaii is reasonably consistent throughout the year and you can expect the temperature to be around eighty degrees, so a vacation can be planned for either summer break or the Christmas holiday period.

There are two seasons in Hawaii-wet and dry. The wet season runs from late October to late March, and often there will be a few hours of rain in the afternoon. It's still warm though, so the rain usually won't have much effect on your plans.

There are a few different options for your cruise around Hawaii. The first is to embark in San Diego, Vancouver, or Los Angeles, before cruising to Hawaii and around the islands and then cruising back to the mainland.

If you have a bit more time, fly to Honolulu, spend a few days shopping and exploring Waikiki Beach, and then embark in Honolulu. After cruising around the islands you'll sail back to the mainland.

Often one-way flights can be around three quarters of the price of a full fare though, so for those who want to spend longer exploring Hawaii, grab a return flight to Honolulu. From there you can board the Pride of America, which is owned by Norwegian Cruise Lines and is the only ship that sails in Hawaiian year-round.

Each island is unique, with different climates and attractions. Wildlife lovers will be spoiled, as Hawaii is home to sea turtles, dolphins, seals, wild boar, sharks, lizards, bats and manta rays to name a few. Around 90% of the plants and flowers found here are also native to Hawaii.

O'ahu is the third largest island in Hawaii and has the largest population. Most visitors stay in Honolulu, where you'll find an excellent nightlife, world class shopping, and some of the most popular beaches of the world, including the famous Waikiki Beach.

Maui has often been voted the best island in the world. Its laid-back vibe and party atmosphere make it a popular choice for students, but it's also jam-packed with family-friendly activities.

Cruises will dock in Kahului but there's not much to see here so make sure you get out of the area. The main draw is the Haleakala Crater which is an active volcano that makes up more than 75% of Maui.

Highlights in Maui are the Waimoku Falls, Turtle Town, and Kaanapali Beach.

The Big Island is just that-big. Larger than all of the other islands put together, you'll be visiting both sides-Kona on the east and Hilo on the West. The Big Island is perfect for nature lovers, and hikers in particular will be pleased with the many different trails on offer.

Life is quieter here, and you won't find many clubs or large shopping malls. Spend some time talking to the locals, and don't forget to try the world-famous Kona coffee.

Known as "The Garden Isle", here you'll be surrounded by lush green forest. Kauai has some of the world's highest cliffs, and it's one of the least visited islands so you'll be able to enjoy the sights without jostling with tourists.

Highlights include the Coconut Marketplace, Mt Waialeale (the wettest place in the world), Waimea Canyon, and Kauai Aadheenam Hindu Monastery.

You'll be impressed with the available excursions in Hawaii. Your cruise line can arrange almost any activities for you, and the hardest part will be choosing what to do in each island.

Here are some of the top excursions available in Hawaii:

Looking for Cruise deals in Hawaii? 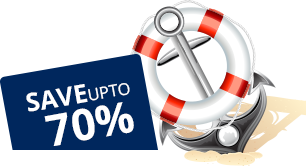